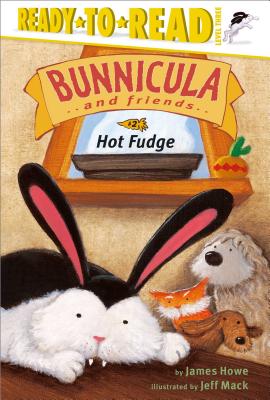 This is book number 2 in the Bunnicula and Friends series.

Guard your gumdrops!
Lock up your licorice!
A candy burglar is on the loose!
Mr. Monroe made chocolate fudge. Will it be safe? Harold the dog and his fellow pets Howie and Chester stand guard to make sure. No one is going to steal the chocolate from under their noses! But they fall asleep -- and the fudge suddenly turns white. Then it disappears altogether! Is this really the work of the candy criminal...or has Bunnicula the vampire bunny struck again?