How To Be A Daddy, Not A Father (Paperback) 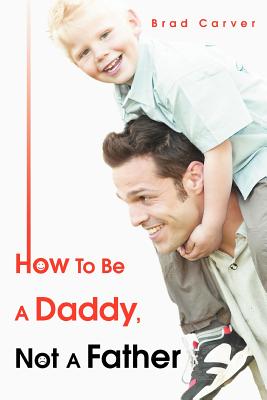 How To Be A Daddy, Not A Father (Paperback)


Not in stock at store. Will, in most instances, ship from our warehouse in 7-10 days
Then it hit me. These kids probably haven't been hugged in awhile if at all. And if they have been hugged lately, it was probably by their mother, not their father. After all, a father wouldn't be seen hugging his child. A father is too proud to hug his child. That's for the mother to do, not the father. It's the father's job to make the money and pay the bills. The mother's job is to raise the children and show them affection. Another difference between a father and a daddy. A daddy has no problem hugging his child. A father does. Author and humorist Brad Carver argues that we do not have enough daddies in the world today-and that we need them now more than ever. With his insightful and humorous look at the world of fatherhood, Carver compels you to take a closer look at your own parenting skills. If you're expecting a new bundle of joy or already have three, How to Be A Daddy, Not A Father shows you how to be the 'superdaddy" that your child needs.