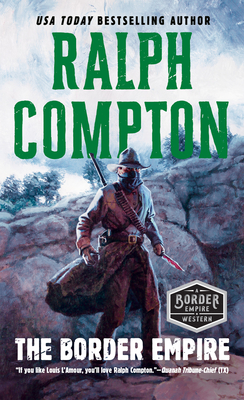 By Ralph Compton
$7.99
Backordered. Not in stock at store and may take a number of weeks to arrive.

This is book number 1 in the A Border Empire Western series.

A man sets out to Mexico to avenge his father's death in this western from USA Today bestselling author Ralph Compton.

Nathan Stone, the man they called The Gunfighter, lay dead in the dust of an El Paso street. The Sandlin gang kicked up that dust as they rode back laughing into Mexico, where the U.S. law couldn't touch them and local law didn't want to.

Behind him Nathan Stone left his horse, his Winchester, his custom-made Colts, and his name. The son who had grown up without him took them all. His name is Wes Stone. He used to be a lawman, but when he picks up his father's guns, he takes down the star from his chest.

Wes knows the impossible odds of going against the outlaw army and its empire of evil. But he knows something else too. He's his father's son, and he's going to teach his father's killers exactly what that means...

Praise for the novels of Ralph Compton

“Compton offers readers a chance to hit the trail and not even end up saddle sore.”—Publishers Weekly