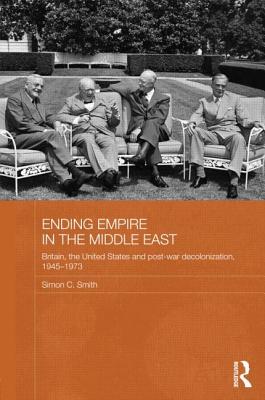 This book is a major and wide-ranging re-assessment of Anglo-American relations in the Middle Eastern context. It analyses the process of ending of empire in the Middle East from 1945 to the Yom Kippur War of 1973. Based on original research into both British and American archival sources, it covers all the key events of the period, including the withdrawal from Palestine, the Anglo-American coup against the Musaddiq regime in Iran, the Suez Crisis and its aftermath, the Iraqi and Yemeni revolutions, and the Arab-Israeli conflicts. It demonstrates that, far from experiencing a 'loss of nerve' or tamely acquiescing in a transfer of power to the United States, British decision-makers robustly defended their regional interests well into the 1960s and even beyond. It also argues that concept of the 'special relationship' impeded the smooth-running of Anglo-American relations in the region by obscuring differences, stymieing clear communication, and practising self-deception on policy-makers on both sides of the Atlantic who assumed a contiguity which all too often failed to exist. With the Middle East at the top of the contemporary international policy agenda, and recent Anglo-American interventions fuelling interest in empire, this is a timely book of importance to all those interested in the contemporary development of the region.

Simon C. Smith is Professor of International History at the University of Hull. He has published widely on British imperial history and his books include Kuwait, 1950-1965: Britain, the al-Sabah and Oil and Britain's Revival and Fall in the Gulf: Kuwait, Bahrain, Qatar and the Trucial States, 1950-1971.