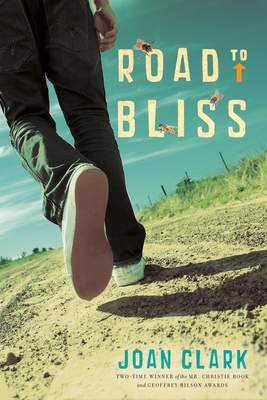 
May be on Backorder or may be Out of Print. May take a number of weeks to arrive if it arrives at all. We will confirm.
Set against the vividly described Prairies in the heart of a cloistered religious sect, this is a gripping novel from a beloved Canadian author.

Fifteen-year-old Jim Hobbs, alienated from life in Toronto, hitchhikes to the Prairies on a whim, where he finds shelter in an abandoned farmhouse. There, he encounters his neighbours, members of Majestic Farm, a group that abides by an old-fashioned, ultra-conservative set of rules enforced by their ruthless pastor. When Miriam, one of the pastor’s daughters, secretly befriends Jim, they must hide their blossoming love for one another — or face terrifying consequences.

In helping Miriam to escape her religious imprisonment on the farm, Jim must risk everything.
Joan Clark is the author of three picture books and six novels for young readers. She has twice won the Geoffrey Bilson and the Mr. Christie Awards, as well as the Vicky Metcalf Award for Children’s Literature.

Her most recent novels for adults are Latitudes of Melt and An Audience of Chairs. She lives in St. John’s, Newfoundland.
Praise for Joan Clark’s previous YA novels:
“Clark once again proves she is among the finest authors this country has produced.”
— The Globe and Mail

“Joan Clark has a winner with her latest young adult novel.”
— Times-Colonist (Victoria)

“Historical background seamlessly integrated into a rattling good story, the book teaches without ever being didactic.”
— Books in Canada