Aging and the Macroeconomy: Long-Term Implications of an Older Population (Paperback) 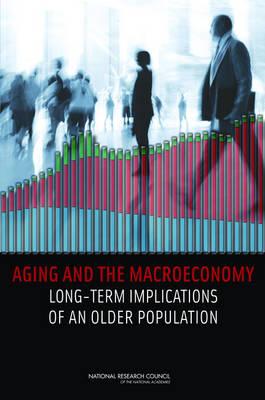 By National Research Council, Division of Behavioral and Social Scienc, Committee on Population
$56.35
May be on Backorder or may be Out of Print. May take a number of weeks to arrive if it arrives at all. We will confirm.

The United States is in the midst of a major demographic shift. In the coming decades, people aged 65 and over will make up an increasingly large percentage of the population: The ratio of people aged 65+ to people aged 20-64 will rise by 80%. This shift is happening for two reasons: people are living longer, and many couples are choosing to have fewer children and to have those children somewhat later in life. The resulting demographic shift will present the nation with economic challenges, both to absorb the costs and to leverage the benefits of an aging population.

Aging and the Macroeconomy: Long-Term Implications of an Older Population presents the fundamental factors driving the aging of the U.S. population, as well as its societal implications and likely long-term macroeconomic effects in a global context. The report finds that, while population aging does not pose an insurmountable challenge to the nation, it is imperative that sensible policies are implemented soon to allow companies and households to respond. It offers four practical approaches for preparing resources to support the future consumption of households and for adapting to the new economic landscape.