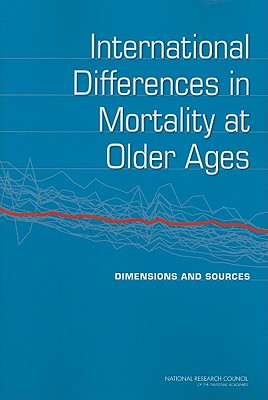 By National Research Council, Division of Behavioral and Social Scienc, Committee on Population
$74.75
May be on Backorder or may be Out of Print. May take a number of weeks to arrive if it arrives at all. We will confirm.

International Differences in Mortality at Older Ages: Dimensions and Sources examines patterns in international differences in life expectancy above age 50 and assesses the evidence and arguments that have been advanced to explain the poor position of the United States relative to other countries. The papers in this deeply researched volume identify gaps in measurement, data, theory, and research design and pinpoint areas for future high-priority research in this area.

In addition to examining the differences in mortality around the world, the papers in International Differences in Mortality at Older Ages look at health factors and life-style choices commonly believed to contribute to the observed international differences in life expectancy. They also identify strategic opportunities for health-related interventions. This book offers a wide variety of disciplinary and scholarly perspectives to the study of mortality, and it offers in-depth analyses that can serve health professionals, policy makers, statisticians, and researchers.