The Poetry and Poetics of Olga Sedakova: Origins, Philosophies, Points of Contention (Hardcover) 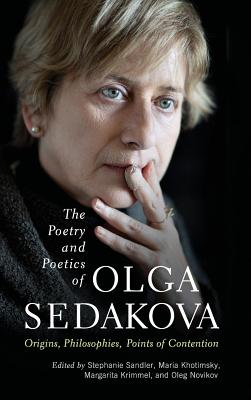 The Poetry and Poetics of Olga Sedakova: Origins, Philosophies, Points of Contention (Hardcover)


Not in stock at store. Will, in most instances, ship from our warehouse in 7-10 days
Olga Sedakova stands out among contemporary Russian poets for the integrity, erudition, intellectual force, and moral courage of her writing. After years of flourishing quietly in the late Soviet underground, she has increasingly brought her considered voice into public debates to speak out for freedom of belief and for those who have been treated unjustly. This volume, the first collection of scholarly essays to treat her work in English, assesses her contributions as a poet and as a thinker, presenting far-reaching accounts of broad themes and patterns of thought across her writings as well as close readings of individual texts.

Essayists from Russia, Ukraine, Germany, Italy, and the United States show how Sedakova has contributed to ongoing aesthetic and cultural debates. Like Sedakova's own work, the volume affirms the capacity of words to convey meaning and to change our understanding of life itself. The volume also includes dozens of elegant new translations of Sedakova's poems.
Stephanie Sandler is the Ernest E. Monrad Professor in the Slavic Department at Harvard University. Maria Khotimsky is a senior lecturer and the coordinator of the Russian-language program at MIT. Margarita Krimmel has worked as principal editor for the website olgasedakova.com and on numerous books by Olga Sedakova. Oleg Novikov is a cofounder of the Foundation for Research in Logic and Philosophy in Moscow.
"A comprehensive overview of Olga Sedakova's poetry and thought that will be an essential resource for anyone interested in this poet and, more broadly, in contemporary Russian culture." —Barry Scherr, Dartmouth College