The New Middle East: What Everyone Needs to Knowr (Paperback) 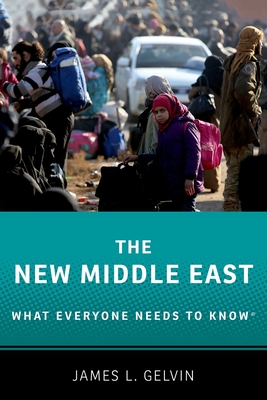 In the aftermath of the collapse of the USSR, the American invasion of Iraq, and the Arab uprisings of 2010-11, a new Middle East has emerged. The Syrian civil war has displaced half the country's population, and ISIS and other jihadi groups thrive in the political vacuum there and in Iraq, setting a new standard for political violence. Meanwhile, regimes in Egypt and Bahrain have become even more repressive after the uprisings there, and Libya and Yemen have virtually ceased to exist as states. The hallmarks of this new Middle East are rebellion and repression, proxy wars, sectarian strife, the rise of the Islamic State, and intraregional polarization. International and regional actors stoke the flames, with the United States and Russia seeking to reposition themselves in the region and Saudi Arabia and Iran vying for supremacy. In the long term, perils including climate change, food and water insecurity, and population growth, along with bad governance and stagnant economies, will determine the destiny of the region. In The New Middle East: What Everyone Needs to Know�, renowned Middle East scholar James L. Gelvin explains all these developments and more in a concise question-and-answer format. Outlining the social, political, and economic contours of the New Middle East, he illuminates the current crisis in the region and explores how the region will continue to change in the decades to come.

James L. Gelvin is Professor of Modern Middle Eastern History at UCLA. His publications include The Arab Uprisings: What Everyone Needs to Know�, The Modern Middle East: A History, and The Israel-Palestine Conflict: One Hundred Years of War.