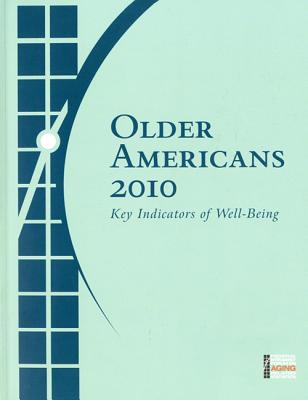 By Government Publishing Office (Editor)
$38.81
May be on Backorder or may be Out of Print. May take a number of weeks to arrive if it arrives at all. We will confirm.

Americans age 65 and over are an important and growing segment of our population. Many federal agencies provide data on aspects of older Americans lives, but it can be difficult to fit the pieces together. Thus, it has become increasingly important for policymakers and the general public to have an accessible, easy-to-understand portrait that shows how older Americans are faring.

Older Americans 2010: Key Indicators of Well-Being (Older Americans 2010) provides a comprehensive picture of our older population's health and well-being. It is the fifth chartbook prepared by the Federal Interagency Forum on Aging-Related Statistics (Forum), which now has 15 participating federal agencies. As with earlier volumes, readers will find here an accessible compendium of indicators drawn from the most reliable official statistics. The indicators are again categorized into five broad groups: population, economics, health status, health risks and behaviors, and health care.

The older population is growing rapidly, and the aging of the baby boomers, born between 1946 and 1964 (and who begin turning 65 in 2011) will accelerate this growth. This larger population of older Americans will be more racially diverse and better educated than previous generations. Another significant trend is the increase in the proportion of men age 85 and over who are veterans.

Americans are living longer than ever before, yet their life expectancies lag behind those of other developed nations. Older age is often accompanied by increased risk of certain diseases and disorders. Large proportions of older Americans report a variety of chronic health conditions such as hypertension and arthritis.

Social and lifestyle factors can affect the halth and well-being of older Americans. These factors include preventive behaviors such as cancer screenings and vaccinations along with diet, physical activity, obesity, and cigarette smoking. Health and well-being are affected by the quality of the air people live and by the time they spend socializing and communicating with others.