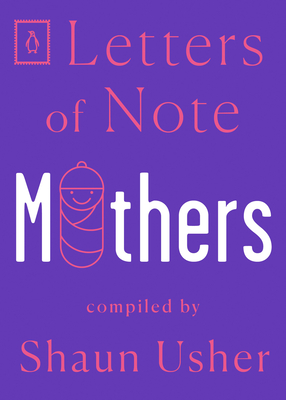 This is book number 7 in the Letters of Note series.

A fascinating new volume of messages about motherhood, from the author of the bestselling Letters of Note collections. In Letters of Note: Mothers, Shaun Usher gathers together exceptional missives by and about mothers, celebrating the joy and grief, humour and frustration, wisdom and sacrifice the role brings to both parent and child.

A young Egyptian girl mourns her mother's death in the fourth century AD. Melissa Rivers lovingly chides her mother, Joan, for treating her house like a hotel and taking her thirteen-year-old son to see Last Tango in Paris. Anne Sexton gives her daughter the advice to live life to the hilt, and be your own woman. In a letter to her teenage daughter, Caitlin Moran explains that some boys are as evil as vampires, and you must drive stakes through their hearts. The film Ladybird inspires journalist Hannah Woodhead to write an emotional letter to her mother. While at seminary, Martin Luther King Jr. writes that he has "the best mother in the world." These thirty letters capture the endless range of feelings that comes with being or having a mother.

Includes letters from E.B. White, George Bernard Shaw, Edna St. Vincent Millay, Sylvia Plath, Laura Dern, Baya Hocine, Louisa May Alcott, Wallac Stegner, and more.
SHAUN USHER is the creator of the enormously popular blogs lettersofnote.com and listsofnote.com and the compiler of the bestselling Letters of Note collections. He spends much of his time hunting for letters and making lists of things to share. He lives in Manchester, England, with his family.