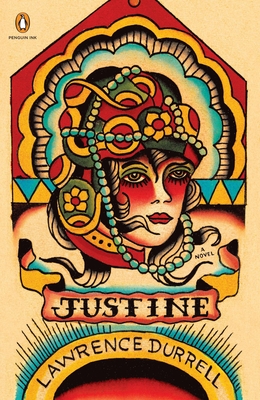 By Lawrence Durrell, Robert Ryan (Illustrator)
$19.00
Not in stock at store. Will, in most instances, ship from our warehouse in 7-10 days

The Egyptian city of Alexandria once boasted the world's greatest library, home to scholars dedicated solely to the pursuit of knowledge. But on the eve of World War II, the obsessed characters in this mesmerizing novel find that their pursuits lead only to bedrooms in which each seeks to know-and possess-the other.

Lawrence Durrell was born in 1912 in India. He attended the Jesuit College at Darjeeling and St. Edmund's School, Canterbury. His first literary work, The Black Book, appeared in Paris in 1938. His first collection of poems, A Private Country, was published in 1943, followed by the three Island books: Prospero's Cell; Reflections on a Marine Venus, about Rhodes; and Bitter Lemons, his account of life in Cyprus. Durrell's wartime sojourn in Egypt led to his masterpiece, The Alexandria Quartet, which he completed in southern France, where he settled permanently in 1957. Between the quartet and The Avignon Quintet he wrote the two-decker Tunc and Nunquam. His oeuvre includes plays, a book of criticism, translations, travel writing, and humorous stories about the diplomatic corps. Caesar's Vast Ghost, his reflections on the history and culture of Provence, including a late flowering of poems, was published a few days before his death in Sommières in 1990.

Robert Ryan has written and illustrated several books including: Justine, This Is For You, and A Sky Full Of Kindness. Ryan was born in 1962 in Akrotiri, Cyprus. He studied fine art at Trent Polytechnic before he went on to specialize in printmaking at the Royal College of Art in London. In addition to fine art, he works in the mediums of ceramics, textiles, homewares, and jewelry. His work has been exhibited widely across the UK and internationally. He lives and works in London.