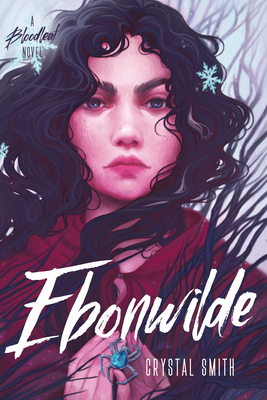 Get ready to be swept away, seduced, and swindled in the wickedly vicious third and final installment in the Bloodleaf series that Laura Sebastian called “enchanting, visceral, and twisty.”

When Aurelia awakens from her magic-induced sleep, it is to the face of a rescuer she didn’t expect, in a body she doesn’t understand, and into a world she no longer recognizes.

Desperate to know what happened to Conrad, Zan, and Kellan after the events at Greythorne Manor, Aurelia follows the threads they left behind straight into the forest. Suddenly she finds herself caught in a web of magic, intrigue, passion, and betrayal that stretches across centuries and ultimately reveals that Aurelia is the final piece of a deadly apocalyptic plan that is only days away.

All Aurelia wants is to reclaim her life and reunite with those she loved and lost; but with the end of the world looming, she’s forced to unravel the dark secrets of the distant past before she can get that chance.

With the fate of mankind on her shoulders, Aurelia must venture into the heart of the Ebonwilde and face the darkest parts of the forest—and of herself.

Ebonwilde is the thrilling conclusion to the epic Bloodleaf series, which Laura Sebastian called “a phantasmagorical wonder” and Sara Holland described as an “eerie, immersive, and fascinating” read.

Crystal Smith is a writer, photographer, and artist who developed an early love of storytelling in a family of voracious readers. She resides in Utah with her high school sweetheart husband and two lively sons. When she isn’t writing or creating, she can be found re-watching Jane Eyre or reading ghost stories with all the lights on. @crysrensmith.